Pastor Michael Jones :  Pastor Michael Jones has been at St. John Lutheran Church in Bartonville since March of 2011.  Before that, he officiated at St. John Lutheran Church in Toluca for 12 years, starting in 1999.  He graduated from Bradley University in the Spring of 1995 earning a Bachelor of Science Degree specializing in Communications and Advertising.  In the Fall of 1995, he began attending Wartburg Seminary in Dubuque, IA. and for the next four years (1995-99) (with a 1-Year internship in Chalmette, Louisiana at Gethsemane Lutheran Church in his third year) graduated with a Master in Divinity Degree.  Married to Christina Hartleib-Jones since May 25th of 1991, the two of them have been through many ministy adventures together experiencing seminary and pastorships at the two churches.  Pastor Michael enjoys teaching, preaching and visiting members when they are in the hospital or nursing home.  In early 2018, he took up the guitar more seriously and enjoys expanding his knowledge, and style, of music as time goes by.  For hobbies he likes fishing, camping and playing the various computer and non-computer games he has managed to collect over the years.  He is excited to see St. John Lutheran growing and meeting the challenges churches face in this new millenium. 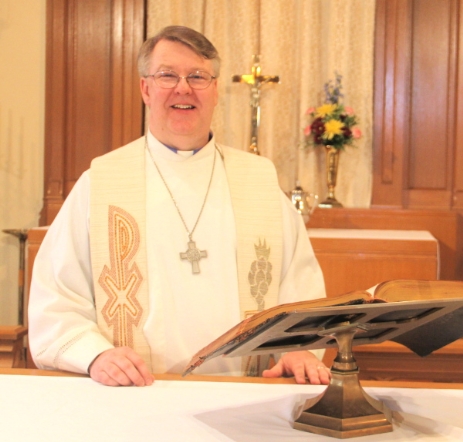 Dee-Dee Krause :  Dee-Dee started at St. John Lutheran Church in February of 2015 as the office secretary.  She lives in Pekin, Illinois and has been married to Matthew Krause for 17 years.  Dee-Dee and Matthew have six childen and three grandchildren.  As the church secretary Dee-Dee enjoys all aspects of her work which involves overall organization of church office matters, creation of the weekly Church Bulletin and monthly newsletter, ordering material for the various committees and being the friendly voice on the telephone.  Dee-Dee likes to read and cross-stitch in her spare time, watch movies with her grandchildren and spend quality time with her family.  Dee-Dee is excited to see where the future takes St. John Lutheran Church. 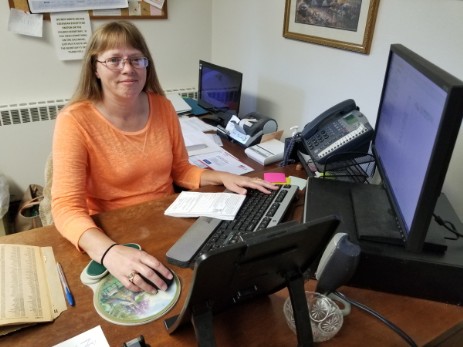 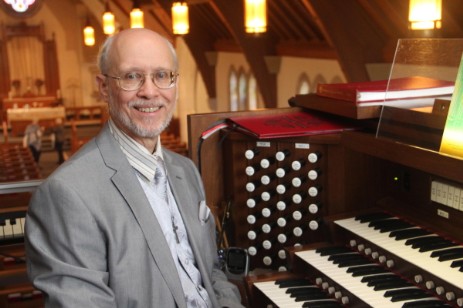 Donald Bauer :  Don started "popular music" organ lessons in 1st grade, and by his early teens, he was already playing organ at his church.  While at Limestone High School, he started playing piano and played in the Limestone Jazz Band all four years, and advanced into the Bradley Jazz Band while majoring in Computer Science/Math/Industrial Engineering and studying Classical Pipe Organ under Margaret Sayer.  He's self-taught on Piano and Accordion.  Don and wife Pepper transferred to St. John in 1978, when Don began accompanying the choir, and took over as choir director in 1986.  He became one of four "alternate Organists" in the early 1980's and has been our official organist since 2004.  Don's musical tastes are wide and varied: from 14th century chants to Classical composers like Bach and Mozart, to the very singable Gospel Hymns of composers like Fanny Crosby, to the traditional Lutheran hymn standards, to the folk hymns from the 1960's to contemporary composers like John Michael Talbot and Michael Card.  Don's philosophy on "church music" is that it should be part of the worship experience to enforce the themes of each service, not just a "commercial" to entertain people.  He plays our 3 manual, 58 rank Allen Digital Pipe organ and piano, and was the creator of our ever-popular Polka service each fall.
JoAnn Lambie :  Jo Ann transferred her membership from Bethel Lutheran to St. John Lutheran in 1978.  She was married to Alex (Pete) Lambie for 46 years until his death in 2003.  JoAnn entered the ELCA Central/Southern Illinois Synod Licensed Lay Ministry program (later called Synodically Authorized in Minsitry) in 2004, shortly after his passing.
After three years of classes, JoAnn graduated, was commissioned, and received her certificate on June 7, 2007. She accepted a position at St. John as "Synodically Authorized Minister in charge of Pastoral Care" under a position that she held until she retired in April of 2015.
JoAnn still maintains her SAM designation, serves as an active substitute minister for St. John Lutheran Church ELCA and surrounding area churches, and attends the Northern Conference Professional Leaders Conference. Even though retired, she continues to serve in the St. John Food Pantry, Gospel Choir and is on the Board of Lutheran Women of Greater Peoria.

John Wetterauer :  As a life-long member of St. John Lutheran Church, John is excited about the opportunity and challenge of growing the St. John Parish Education ministry.  Being an educator, John received his Bachelor of Arts in Education at Eureka College in 1989 and his Masters of Art in Educational Administration in 1996.    In his leisure time John enjoys swimming, bike riding and working in his yard.  Accepting the position of the Sunday School Superintendent just last year, John is looking forward to applying new and traditional ideas to teaching the Word of God to young people.  The St. John Lutheran Church Sunday School Program invites people of all ages, all the way from Pre-K through High School taught by the staff of teachers, to Adult Sunday School taught by Pastor Michael.  There is a place for everyone as we learn in a fun and meaningful way about the salvation of God through Jesus Christ.